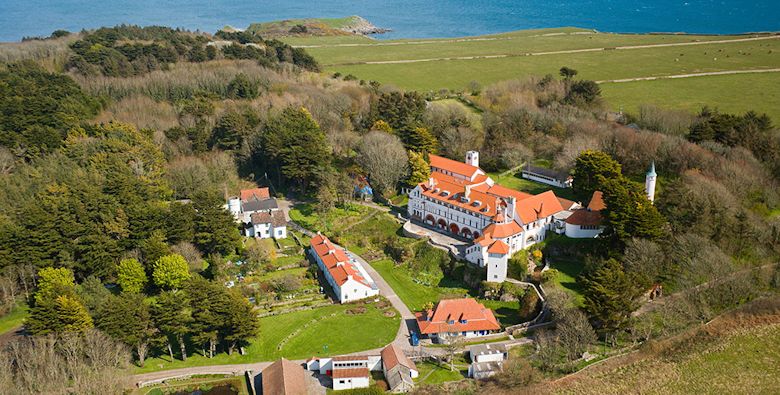 Situated off the coast of Tenby, Caldey Island is home to a small village and its famous monastery. 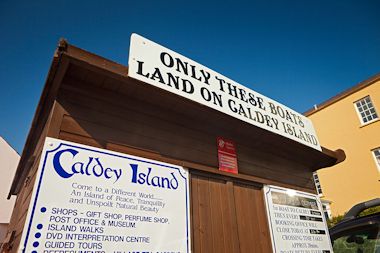 A Celtic monastery was established on the island way back in the 6th century and in the 12th century it became a Benedictine community right up until the dissolution of the monasteries in 1536.

To reach the island you will have to take a small boat which ferries tourists back and forth between the main land during the summer months.

Visitors to the island can visit the Norman Chapel, and the Priory / St Illyd’s church or relax on Priory Beach. 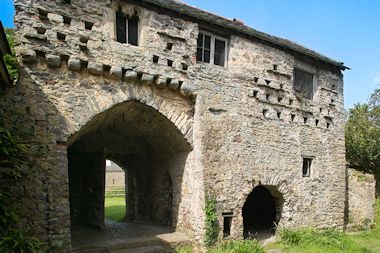 The Priory is probably the oldest building on the island and was home to the Benedictine monks that lived on the island during the medieval period, St Illytd’s church forms part of the small monastic complex on the island. It is a peaceful and yet atmospheric site and for those that are looking for some peace, there is also a spiritual retreat on the island which is usually open Easter to October.

The Norman church of St David’s stands on the hill just above the village. Probably built on older Celtic foundations the church has undergone restoration during the Victorian period and also in the early 20th century when the monks added the unique stained glass windows which were designed by Dom Theodore Bailey who was one of the Benedictine monks living on the island at that time. 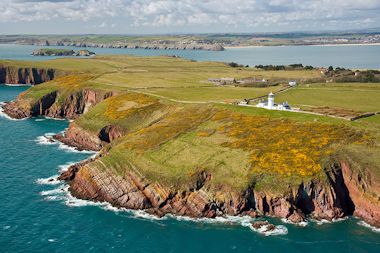 Priory Beach is a magnificent stretch of sand which is only accessible to those visitors that take the ferry across to the island and therefore is probably one of the most secluded beaches in the UK. Ideal for swimming or just having a lazy time just chilling out, you will be hard pressed to find another beach like this.

The Caldey Island lighthouse is situated about 3 miles off the Pembrokeshire coast, built in 1828 at a cost of £4,460 it was originally powered by oil lamps and had resident keepers on site to maintain the service. In 1927 the lighthouse was converted to gas power and fully automated, but it wasn’t until 1997 that it was eventually converted to electricity.